Regina High School began as a dream of the late Cardinal Mooney of Detroit. This dream became a reality when Regina High School opened its doors in Harper Woods in September 1956. Over the past 65 years, Regina High School’s mission has been to educate the whole girl — mind, body, and soul — for life’s future challenges. As a single-gender school, we create a safe and comfortable learning environment that empowers young women to take on leadership roles and excel in our rigorous curriculum.

On October 14, 2007, Regina High School had its Grand Opening celebration for its location in Warren. The school was received positively throughout the community. Bishop Earl Boyea presided over the consecration of the new Chapel where he spoke eloquently on the value of Catholic education in the Archdiocese, affirming a letter the school received from Cardinal Adam Maida who called Regina High School "a very important part of the Archdiocese."

Regina High School is a private, Catholic college preparatory high school for young women, sponsored by the Sisters of St. Joseph, Third Order of St. Francis. The high school is fully accredited by Cognia, formerly known as the North Central Association Commission on Accreditation and School Improvement/AdvancEd, and is a member of the National Catholic Education Association and the Michigan Association of Non-Public Schools. Students reside in 38 cities and townships representing four metropolitan Detroit counties. 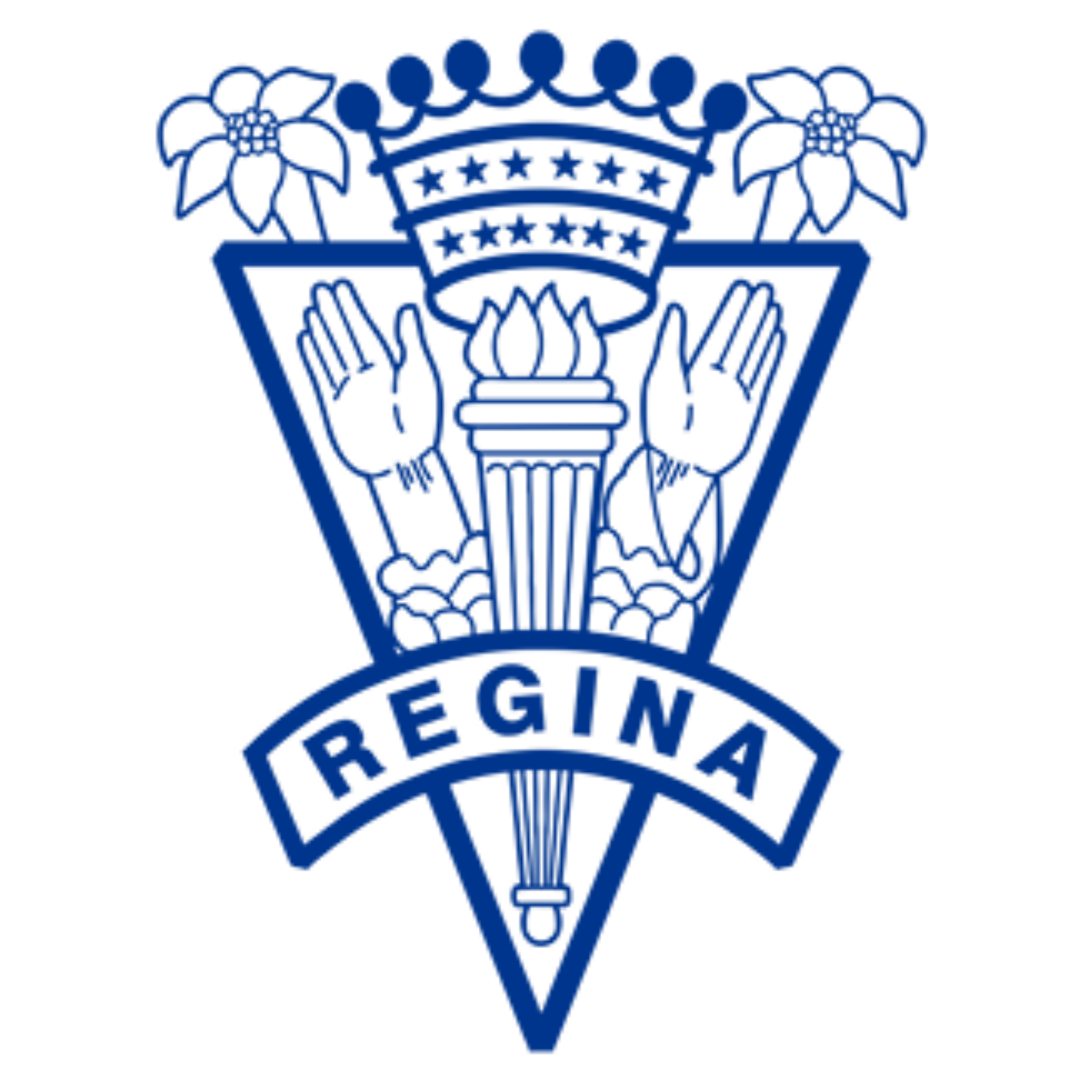 The triangular crest stands for the Blessed Trinity for whose glory Regina High School exists. It also represents a three-fold purpose of Catholic education to develop the whole person spiritually, intellectually, and socially. The torch symbolizes learning and knowledge. A scroll bearing the school name, REGINA, crosses the triangular field. The lilies at the top of the crest symbolize the purity of the Blessed Virgin and St. Joseph. The crown represents Mary, Queen of the Universe (Regina Mundi), the patroness of the school. The twelve stars on the crown stand for the twelve Apostles who were sent to teach all nations and whose work the faculty of Regina are continuing. The outstretched hands of Christ and St. Francis of Assisi are part of the crest of Regina High School's sponsoring order - the Sisters of St. Joseph of the Third Order of St. Francis.